But only the cousin returned home, Bibek's father lodged a search warrant at the Area Police Office, Tikapur. When she returned home, she told her family that there were no berries on the tree therefore, she had sent Bibek back home and went to a friend's house.

The body of Bibek was found in the Ghoyali Forest of Tikapur Municipality-4, about 5 km away from the place where the boy went missing at 5:30 pm on July 7. According to the District Police Office, Kailali, the information given by the child's cousin during the investigation was false therefore, she became a suspect.

A statement issued by the District Police Office, Kailali said, "During the course of her activity, it was revealed that she had allowed her friend, a resident of Ward No. 1, Block No. 5, Kailali Tikapur Municipality, to keep two silver anklet on the day of the incident."

According to the Superintendent of Police, District Police Office, Kailali, the investigation has revealed that the girl had planned the murder due to family resentment. According to the District Police Office, the girl confessed to the police that Bibek was killed by pushing him to Jamara irrigation system after removing his silver anklet from his legs. Police have also arrested the girl's 14-year-old friend who had Bibek's anklet. Dhangadhi: Ghodaghodi municipality of Kailali has been locked. Dispute between Chief Administrative Officer and Municipal Chief in Ghodagodhi

Dhangadhi: There has been a dispute in the casual gathering of the chief administrative... विस्तृतमा 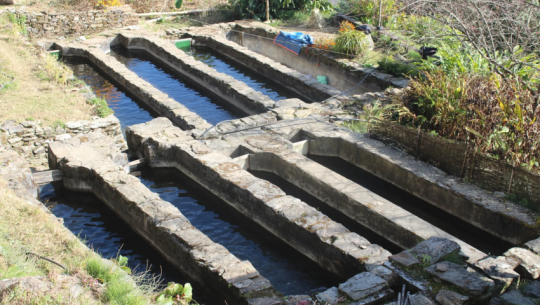 Trout fisheries expanding in remote hills of the Far-west

Dhangadhi: Trout fish has a unique taste because it is reared in cold water. Trout fish... विस्तृतमा