Dhangadhi: Mayor Gopal Hamal of Kailali's Dhangadhi sub-metropolitan city is going to use the salary he will get for 3 months of service facility for social work. He is going to donate Rs. 267,800 worth of goods to social service.

On the occasion of Dashain, he is going to buy clothes for 269 people studying in different schools and dependents in social organizations in Dhangadhi with that amount. Mayor Hamal said that 115 students of Dakshinkali Basic Deaf School, 55 dependents of Drashti Foundation, 56 people of Manav Seva Ashram, 30 people of Mother's Maya hostel, 5 people of Geta Apan Samaj and 18 blind students studying at Panchodaya Higher Secondary School be receiving clothes. He said that he fulfilled his promise during the election as he announced that he would not take any salary from the government after being elected.

Mayor Gopal Hamal informed that he received Rs. 67,800 salary for Shrawan, Bhadra and Ashoj and of Rs. 29,800 thousand for festivals.

Similarly, Rs. 55,687  which was received on the 23rd day of the month of Jestha was handed over to the Cow Protection Service Committee in Dhangadhi sub-metropolitan ward number 3.

Before the election, he had promised not to take any salary from the government of Dhangadhi sub-metropolitan city. According to the same promise, Mayor Hamal has said that he will not take the facilities he gets from the sub-metropolis every month for the next 5 years, but use them for social service. Mayor Hamal has also handed over the vehicle facility he got to the health branch for ward health clinics. 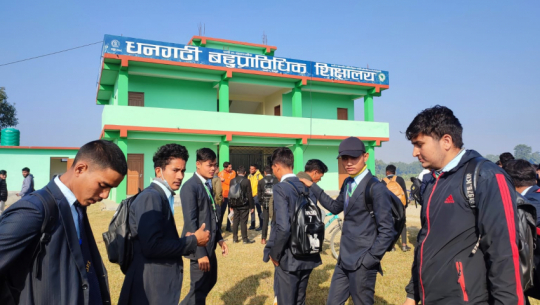 Dhangadhi: The students of Dhangadhi Polytechnic Institute in Kailali have locked the... विस्तृतमा 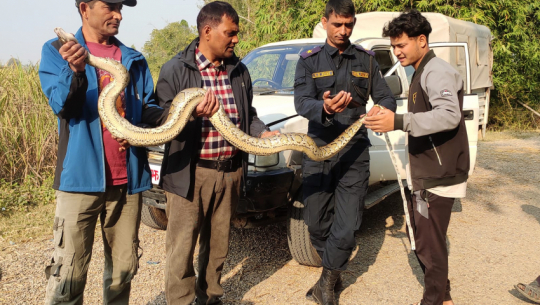 Dhangadhi: A python has been rescued in Kanchanpur. A python (Pethon) was found on the... विस्तृतमा Dhangadhi: A motorcycle fell into the Seti River in Bajhang.